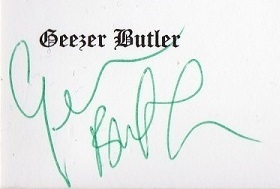 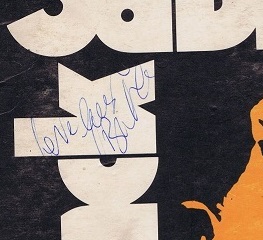 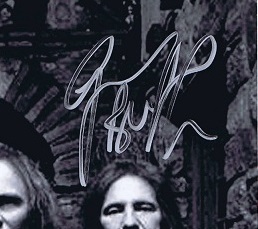 Terence Michael Joseph “Geezer” Butler (born 17 July 1949) is an English musician and songwriter. Butler is best known as the bassist and primary lyricist of the heavy metal band Black Sabbath. He has also recorded with Heaven & Hell, GZR, and Ozzy Osbourne.

Butler received the nickname “Geezer” at approximately age eight because he “used to call everybody Geezer” at school. “It was a slang term for a man.”

Butler is often regarded as one of the most influential bassists in heavy metal. Billy Sheehan of Mr Big said: “He’s a founding father of a whole genre of music and a man who really set the bar early on to be such an integral part of the sound and song structure of Sabbath”. In Mick Wall’s biography of Iron Maiden entitled Run to the Hills, founder Steve Harris recalls: “I can remember trying to play along to Black Sabbath’s “Paranoid” – at first I just could not get it. I threw the guitar on my bed and walked out in a huff, but the next day I came back, picked it up and played it all the way through note-for-note! Once I got going, I started getting into bass-lines with a bit more subtlety to them…”.