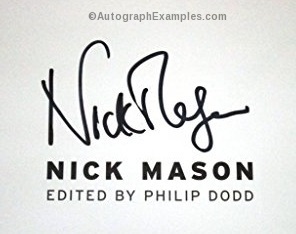 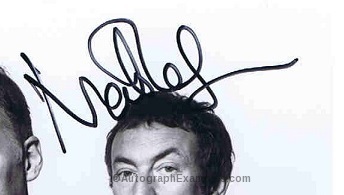 Nicholas Mason was born in Birmingham, England in 1944. While in college, he founded the British rock band Pink Floyd along with Roger Waters, Richard Wright, and Syd Barrett. As the band’s drummer, Mason is the only constant member in Pink Floyd’s 40-year history, and he played on every album. He now spends his time racing and collecting classic cars.

Pink Floyd released their first album in 1967, and went on to release a total of 14 studio recordings, including the multi-platinum hits “The Dark Side of the Moon,” “Wish You Were Here” and “The Wall.” Mason has been the only constant member since Pink Floyd’s inception and played on every one of their albums. Credited as the sole writer on two of Pink Floyd autographs: “The Grand Vizier’s Garden Party Parts 1-3” and “Speak to Me.” Though he rarely played other instruments besides the drums, Mason created sound effects for the band’s famous Dark Side of the Moon album. 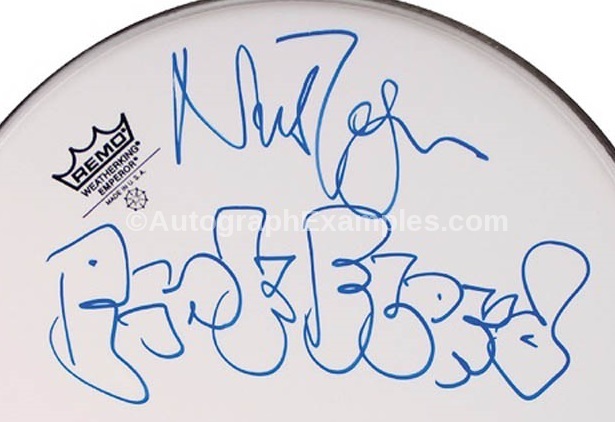 Mason is married and has four children; he had two daughters with his first wife, and two sons with his second and current wife, Annette Lynton. He participates in auto-racing events such as 24 Hours of Le Mans and collects classic cars. Furthermore, the collection of cars includes a Model-T that’s previously owned by Laurel and Hardy and an Enzo Ferrari.

In 2004, Nick Mason autographs published his autobiography, Inside Out: A Personal History of Pink Floyd. As of 2007, his net worth listed at 55 million pounds, or more than $85 million.