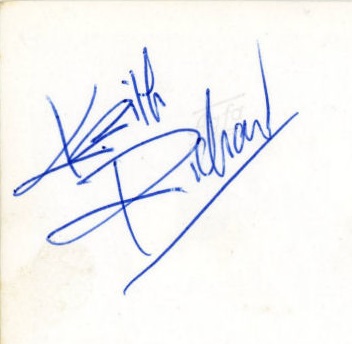 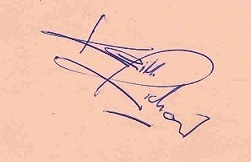 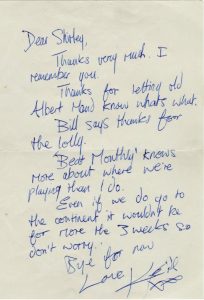 Born 18 December 1943, sometimes credited as Keith Richard, is an English musician and songwriter, best known as a guitarist and founder member of the Rolling Stones. Rolling Stone magazine called Richards the creator of “rock’s greatest single body of riffs”; on guitar and ranked him fourth on its list of 100 best guitarists in 2011; and the magazine lists fourteen songs that Richards wrote with the Rolling Stones’ lead vocalist Mick Jagger; on its “Rolling Stone’s 500 Greatest Songs of All Time” list.

Richards plays both lead and rhythm guitar parts; often in the same song, as the Stones are generally known for their guitar interplay of rhythm and lead (“weaving”) between Keith Richards autographs and the other guitarist in the band – Brian Jones (1962–1969); Mick Taylor (1969–1975), and Ronnie Wood (1975–present). In the recording studio, Richards sometimes plays all of the guitar parts, notably on the songs “Paint It Black”, “Ruby Tuesday”, “Sympathy for the Devil”, and “Gimme Shelter”. Furthermore, He is also a vocalist, singing backing vocals on many Rolling Stones songs as well as occasional lead vocals; such as on the Rolling Stones’ 1972 single, “Happy”. 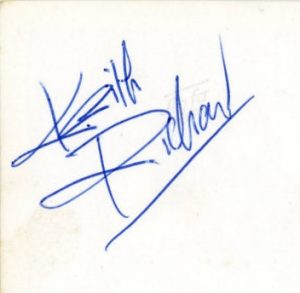 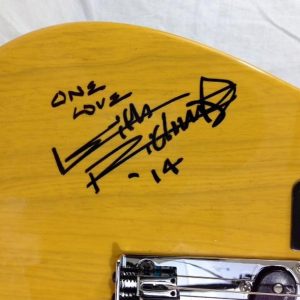 Richards and Jagger began their songwriting partnership in 1963 at the insistence of manager Andrew Loog Oldham; who saw no long career in playing covers. The earliest Jagger/Richards collaborations were recorded by other artists, including Gene Pitney, whose rendition of “That Girl Belongs to Yesterday” was their first top-ten single in the UK. They scored another top-ten hit in 1964 with the debut single written for Marianne Faithfull, “As Tears Go By”.

The first top-ten hit for the Rolling Stones with a Jagger and Richards original was “The Last Time” in early 1965; “(I Can’t Get No) Satisfaction” (also 1965) was their first international number one recording. Additionally, Keith Richards autographs has stated that the “Satisfaction” riff came to him in his sleep; he woke up just long enough to record it on a cassette player by his bed. 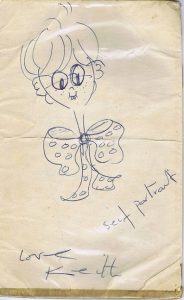 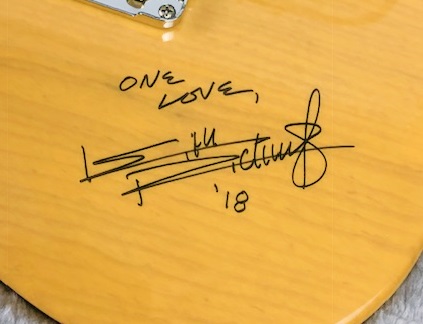