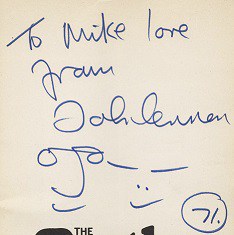 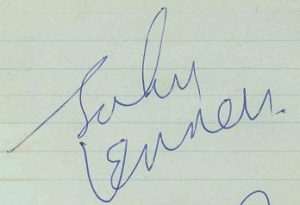 Last 3 autographs of John Lennon signed on the 8th December 1980: 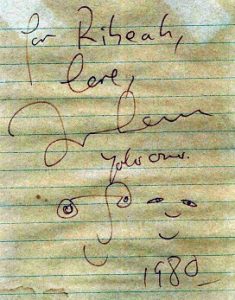 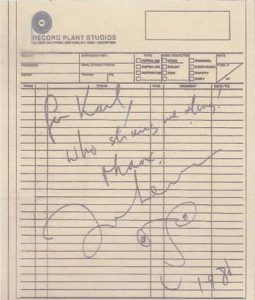 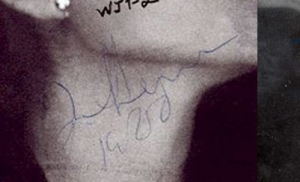 This was the autograph that John Lennon signed for Mark Chapman who murdered him.

Also, in May 1975, John Lennon made an appearance at the radio station WFIL’s Helping Hands Marathon. During this, he signed many autographs for fans. 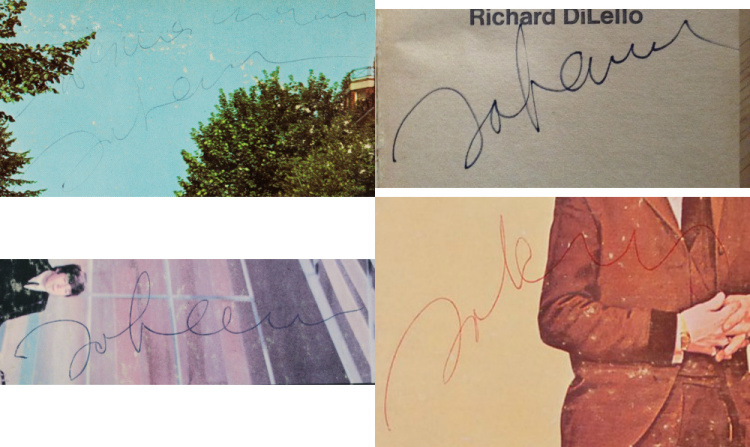 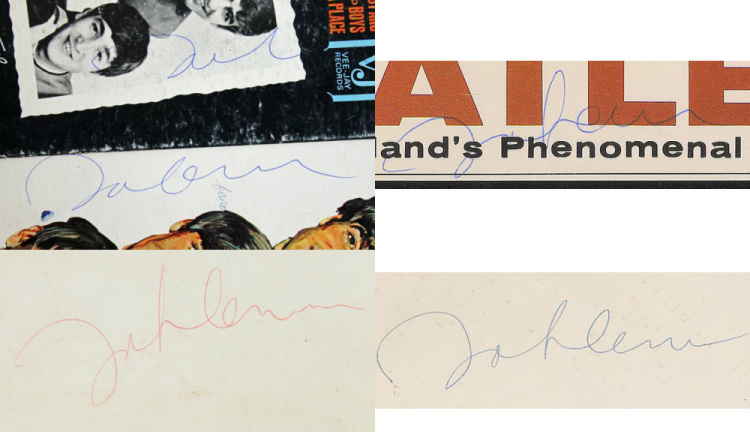 John Winston Ono Lennon MBE (9 October 1940 – 8 December 1980) was an English singer, songwriter, and peace activist who co-founded the Beatles. Additionally, he and fellow member Paul McCartney formed a much-celebrated songwriting partnership. Along with George Harrison and Ringo Starr, the group would ascend to worldwide fame during the 1960s.

He was born as John Winston Lennon in Liverpool, where he became involved in the skiffle craze. In 1957, he formed his first band, the Quarrymen, which became the Beatles in 1960. Lennon began to record as a solo artist before the band’s break-up in April 1970; two of those songs were “Give Peace a Chance” and “Instant Karma!” Again, Lennon also produced albums that included John Lennon/Plastic Ono Band and Imagine, and songs such as “Working Class Hero”, “Imagine” and “Happy Xmas (War Is Over)”.

Then he married Yoko Ono in 1969, he added “Ono” as one of his middle names. Lennon went away from the music business in 1975 to raise his infant son Sean but re-emerged with Ono in 1980 with the album Double Fantasy. He was shot and killed in the archway of his Manhattan apartment building three weeks after the album was released.

Lennon revealed a rebellious nature and acerbic wit in his music, writing, drawings, on film and in interviews. As well as, Controversial through his political and peace activism, he moved from London to Manhattan in 1971, where his criticism of the Vietnam War.